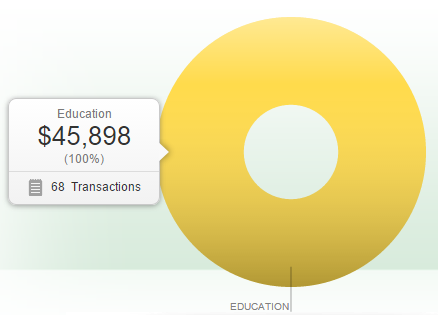 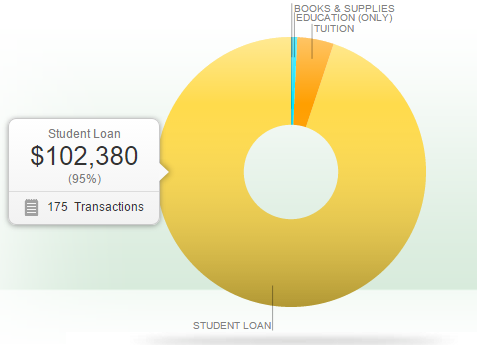 I wrote this article back on March 22 — 3.5 months ago. I had expected to be able to publish this much earlier, when I got the statement that our business was concluded.Â DuringÂ this period, a few things happened

Until today, I had no idea whetherÂ this was really done or not. I pull my credit report every year, and was expecting to wait until the summer in order to see if the status of my Sallie Mae/Navient loans were changed.Â But I bought a new car last week, and part of the financing involved the dealership pulling my credit report, which I was able to take a picture of. It indicated that the loans were settled for less than the balanced owed.

I received ten(!) 1099-C forms from Navient on Jan 28. When I reported them on my taxes, I collapsed them down into a single entry for the total amount. I also filled out insolvency Form 982. I was deeply insolvent at the time of the discharge, so instead of paying income tax on an extraÂ $115,282, I only paid income tax on $32,313, because I was underwater byÂ $82,969.

I used TaxAct, which made the process very straightforward. I collapsed the ten forms into a single line item because TaxAct cannot handle more than five 1099-C forms, and their Form 982 worksheet can only be applied againstÂ a single line item. We’ll see if the IRS complains. (I don’t knowÂ why they would:- the numbers are identical whether they’re reported across ten line items or one.)